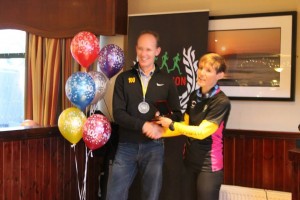 Gary ran his first marathon in Belfast in 2000. He continued to run several marathons a year between 2000 – 2012, before increasing his mileage in 2013 when he ran 27 marathons. This year he has completed staggering 45, including multi-day and ultra marathon events.