You are here: Home / History

The new shipyard had already taken the repair and new construction contract for J.P. Corry & Company, a local company, and was the first shipbuilder to produce refrigerated ships for carrying beef and fruit.

After the First World War it enjoyed mixed fortunes, and closed in 1935.
Both partners had served their time as premium apprentices at Harland and Wolff the largest shipbuilder in Belfast, and graduated to junior management positions.

A detailed history of the Wee Yard “Forgotten Shipbuilders of Belfast” is published by Friar’s Bush Press ISBN 0-946872-66-x. The Clark family was very much involved in the Scottish and Ulster textile industries. Sir George Clark’s father was a senior partner in one of the largest thread spinning businesses in Scotland, based in Paisley.

Sir George Clark, also held the office of Member of Parliament (M.P.) for North Belfast between 1907 and 1910. He was created 1st Baronet Clark, of Dunlambert, Belfast [U.K.] on 6 July 1917. He held the office of Deputy Lieutenant(D.L.), held the office of Senator [Northern Ireland] in 1925, was chairman of the Great Northern Railway Company (Ireland) and he was a director of Henry Matier and Company, linen manufacturers of Belfast.He was also a director of the Bank of Ireland. 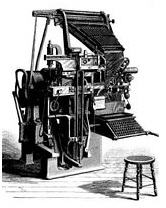 Bro. Albert Brand contemplated the forming of Sir George Clark Memorial   Lodge for the benefit of those brethren who were night workers, and   were unable to attend their Mother Lodges, many of whom worked in the newspaper printing industry.With the assistance of W. Bro.Thomas McClure, W.Bro.Joseph McAdam,   and Bros. Arthur Patterson, and Henry Harrison.

All enthusiastic members of the craft.  At the first meeting, which was held at No. 28 Gainsborough Drive, the   home of Bro. Henry Harrison, it was decided to approach Sir George Clark,   2nd Baronet for permission to name the Lodge after his father (of   renowned shipbuilding fame) who was a keen Freemason.

They received permission, and called a meeting in Alexandra Park Avenue   School, Belfast, which all 25 foundation members of Sir George Clark Memorial Lodge attended. The Lodge was dedicated on the 23rd of April, 1938 at 5 o’clock, by the R. W. Bro. John W.Gilmour, Deputy Grand Master of the Province of Antrim. 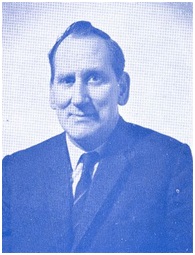 “May those Brethren who follow, take as keen an interest in the Lodge as those who worked to create it, so that when the time comes to lay down their working tools, they will have earned the commendation: Well Done, Thou True and Faithful Brother “W. Bro. Albert C. Brand (Founder Member) 1938

Past Masters of Lodge 669

Past Masters of the Lodge 669 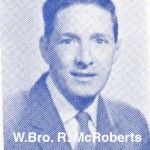 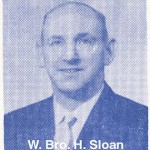 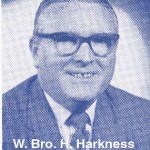 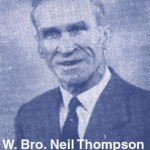 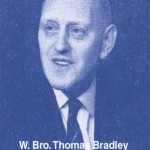 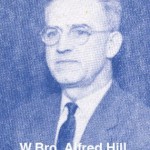 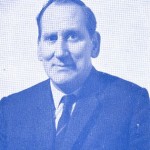 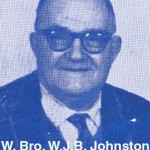 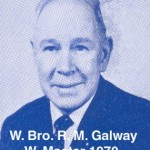 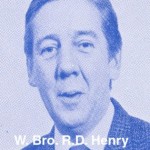 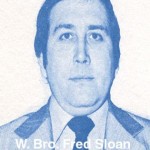 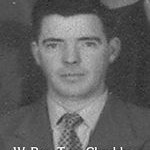